19:30 A Hustlers Diary - Oude Luxor
In his second feature, Ivica Zubak explores the clash of social classes, when petty thief Metin accidentally rolls into the circuit of literary agents and publishers. 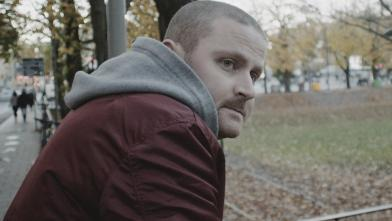 15:30 Gimme Danger - Cinerama 1, 3
In this documentary, Jim Jarmusch (whose feature Paterson is also being screened at IFFR 2017) interviews his friend Jim Osterberg (born in 1947), better known as Iggy Pop, about his influential proto-punk band The Stooges (1967-1974, reunion 2003), which Jarmusch calls "the greatest rock and roll band ever", thanks to tunes like I Wanna Be Your Dog and No Fun. 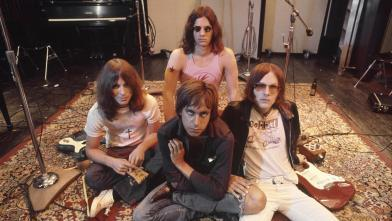 “Anybody gonna miss you?” “Not really.” “Good, you’re hired.” This is how teenager Star (a striking debut by Sasha Lane) begins a career as a hawker of magazines when she leaves home and joins a motley group of young people (most of whom are played by amateurs) as they smoke weed, sing, make love, steal, quarrel and fight their way across the USA in a van, in the first American film by British director Andrea Arnold (Fish Tank, Wuthering Heights).

This energetically meandering On the Road for millennials has a soundtrack rich in hip-hop and is filmed in a hand-held, documentary style. Here, freedom is not (as it was for Kerouac) the dream, but the enemy. Like all road movies, American Honey is about an inner journey (along the way Star falls for her flirty colleague Jake, played by Shia LaBeouf), meanwhile giving a rare impression of young people trying to find their way in the underbelly of American society. 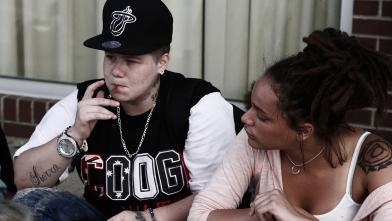 Dr Tong Qian has a busy day ahead of her: the brain surgery this neurosurgeon performs every day is of course life-saving. The doctor is not a god, but certainly the boss. Until a gangster is brought in with a bullet in his head. This needs to be removed as quickly as possible. A horde of police officers follows in the wake of the strikingly alert patient. They want to get information about his criminal network out of him and then throw him in jail after the doctors have done their work. But the wounded man refuses to be operated on. How can the overworked doctor do her work among all these fighting cocks?

The battle for control and power between the three parties degenerates into a beautifully choreographed shootout in the hospital corridors – it is, after all, the latest film by Johnnie To. High-speed excitement, drama and humour race through the veins of this action thriller.

"Life is short, we have to keep dreaming", a woman says at the start of this sensitive debut film. The three chapters of Still Night, Still Light are named for the searching main characters, each of whom could use such wisdom: Eliane, a young Canadian woman who gives piano lessons in Mexico; Romes, her gentle employer; and Pablo, Romes' father, who whiles away his days in a nursing home. They all seem to be waiting for something: a sign from a deceased loved one, a last good conversation.

All three of them hope to find happiness elsewhere. Eliane has swapped cold Canada for dangerous Mexico, and Romes and Pablo are setting off together on a last trip to China. “We try to do our best in a world we don’t control”, Romes says of his attempts to do the right thing. He sees life as like driving a car in fog: even though you can’t see what’s ahead, you just have to have faith. 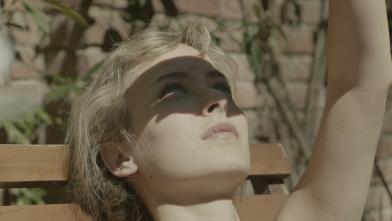 Simon, a midlife man in designer pyjamas, tinted lenses in his spectacles, is a world-famous artist. He is still in favour with the (younger) ladies and lives and works in an enormous studio in an old factory in Copenhagen, with lots of assistants who take the painting work off his hands. It’s a place where work and private life meet and mingle. This becomes even more clear when his adult son, Casper, moves in with him. Father and son never knew each other. To the great disappointment of Simon, Casper is not only attractive but also an artist, and a talented one at that. Simon is suspicious. What are Casper’s intentions? Attention, paternal love or revenge?

Charlotte Sieling skilfully augments a classic father-son drama with suspense and humorous commentary on today’s art world. Art offers a glimpse into the soul, but can also be a confrontational mirror. And to create great art, you have to make sacrifices. 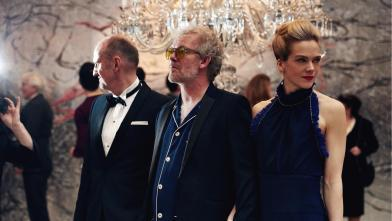 During a state visit to Turkey, Nicholas III, King of the Belgians, receives a disastrous message which means he has to return at once to Brussels with his entourage. However, because of a solar storm, the Turks refuse to let him go, afraid their future membership of the EU will be threatened. The documentary maker commissioned by the queen to capture the vitality and smile of the king conceives a way out. As the royal retinue crosses the Balkans in a rickety bus followed by the Turkish secret service, during the breaks Nicolas stands gazes into the distance like a visionary and works on a speech to explain to the Belgians what a formidable statesman lives at 1, Place des Palais in Brussels.

Makers Peter Brosens and Jessica Woodworth certainly haven’t lost their urge to travel, but after the far corners of Mongolia for Khadak (2006) and the Andes in Altiplano (2009), they found the backdrop for this comic drama almost on their doorstep. 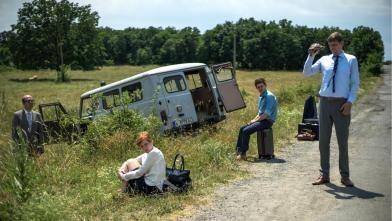 Phil, a young wannabe DJ, works at a telemarketing company where his co-workers are lunatics, former convicts and junkies. Not ideal surroundings for someone trying to battle addiction and keep his girlfriend. Director Mars Roberge calls Scumbag "a modern version of a John Osborne play" – an apt reference to the author of Look Back in Anger, which embodied post-World War II angst. 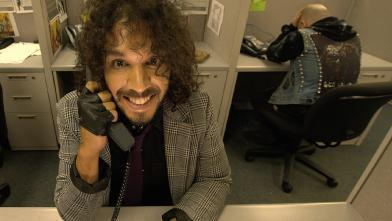 19:30 Sieranevada - Cinerama 2 , 3
In various guises, death is a regular visitor in the films of Cristi Puiu. For example, in the form of the bankrupt (or at least inefficient) Romanian health service in The Death of Mr. Lazarescu, or as a murderer who has had enough of the complaints of his in-laws in the deliberately strung-out anti-thriller Aurora. The way death and the ghosts of Romania past play a role in Sieranevada is up to the viewer, but it’s always a joy to discover.

The backdrop is a small apartment in Bucharest, where a group of relatives and friends come together to eat and drink and ritually get annoyed at each other. Through the conversations and observations of the protagonist, a middle-aged doctor, and the camera that moves freely through the cramped spaces, Puiu continuously changes tone and theme and creates a darkly humorous story about the fears and frustrations of his beloved compatriots. 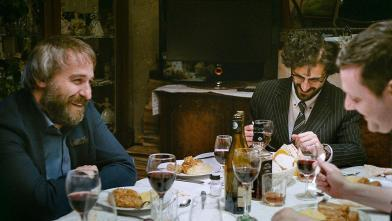 First the desert, which Yaeli has to cross when returning home from her job in a resort on the Dead Sea. Then the distress of a break-in in her apartment, which Yaeli shared with her mother, until her mother just disappeared, without a word. Then Yaeli’s desperate voicemail messages, which remain unanswered. Altogether, a highly effective reflection of the extremely disturbed condition of this teenager.

What follows could be seen as a crash course in growing up. Lihi Kornowski plays Yaeli as a young woman who has long fenced off her emotions – perhaps out of self-defence. After what has happened, she no longer feels bound by the usual rules. She is young, independent and a tad reckless, so there’s nothing to stop her from doing some housebreaking of her own in order to secretly sample other lives, to witness the things she is missing. She doesn’t just take money, but other, more personal things, such as a hearing aid, a lipstick that makes her a woman – she even appropriates other people’s dreams. She can become anyone. But who is she really?

In the tautly designed The Burglar, reality, fantasy and symbolism subtly interweave. A meeting with a kindly German geologist helps Yaeli find something to hang on to. But then there is also the leopard in the zoo, which she secretly identifies with.

Young Ladji has been a bus driver in Bamako, the capital of Mali, for years but misses out on a promotion because of nepotism. So he decides to find another way of making money – also to help his sister, who is being forced into prostitution by poverty. He contacts a drug dealer and, together with two mates, starts running drugs. He transports cannabis into Mali and Senegal, bringing back cocaine, and later makes trips to Guinea and the city of Timbuctoo, all in a van with stickers of Bob Marley and Ché Guevara on the back windows. The trips become ever more hazardous, particularly when they pass through the desert of northern Mali, which is controlled by Al Qaida and rebel Tuaregs. While his sister (played by singer Inna Modja) immerses herself in a life of luxury, Ladji has to tackle corrupt soldiers and fanatical members of Al Qaida.

Daouda Coulibaly’s overwhelming debut takes place against the backdrop of the 2012 coup in Mali, when drug smuggling brought the country to its knees and led to political destabilisation. 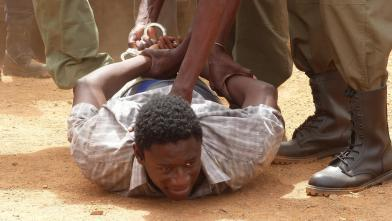 Inquiring teenager Elle-Marja, the daughter of a family of reindeer herders in Lapland, dreams of escaping her nomadic existence and studying in Uppsala. But in 1930s Sweden, her people, the Sami, face ubiquitous discrimination. "Studies have shown that your people can’t get by in town…" she is told at the draconian boarding school where she has been housed with her little sister. "You have to stay here or you’ll die out."

In her award-winning feature debut Sami Blood, Amanda Kernell sketches an intimate, intelligent portrait of a girl who is determined to follow her dreams, in spite of everything. She is jeered at, abused and subjected to horrific medical examinations, but where her contemporaries cling on to their customs and traditions, Elle-Marja chooses the path that will drive her further and further from her family and her roots: total assimilation. 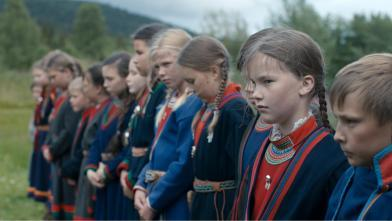 Isaac is having a hard time. He doesn’t realise this yet himself, because facing up to reality is not the strongest side of this early-forty-something from Los Angeles. Yet after a while he can’t escape it: his girlfriend has left and isn’t coming back. And if you only get cast in commercials about diseases, it’s difficult to maintain that your acting career is going places.

In her feature debut, Janicza Bravo sketches a humorous and revealing portrait of a failure who gets deeper and deeper into trouble. Her husband Brett Gelman plays the lead – without a trace of shame – and also co-wrote the screenplay. Bravo, whose short film Gregory Go Boom (2013) won her the jury prize at the Sundance Film Festival, takes her place in a long tradition of American independent filmmakers, but also finds her own voice. Lemon is a very dry, alternatingly hilarious and alienating tragicomedy about the possibility of failure. 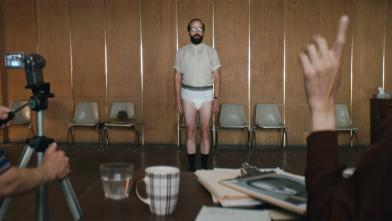 The young monk Ninko leads an ascetic existence in the Enmeiji temple, but his dedication to a life of simplicity and sexual abstinence is made impossible by the curse that seems to afflict him: he is irresistible to every woman (and some of the men) he meets. Pursued by a posse of half-naked, crazed women and a mysterious, faceless nymph, he flees high into the mountains, where he can finally discover his true nature. 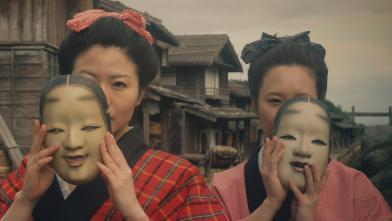