Following the seventeenth-century horrors of his debut, The Witch, this time Robert Eggers presents a maritime nightmare set in the late nineteenth century. In sombre black-and-white and an almost square aspect ratio, The Lighthouse explores the claustrophobia of two vulnerable men condemned to one another. In this refined psychological horror, Eggers proves himself to be one of the most ambitious contemporary American genre filmmakers. Great film! 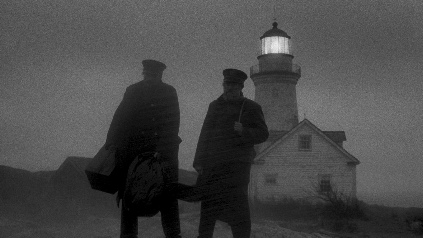 Cape Verdean Vitalina Varela, who more or less plays herself in the title role, won the Best Actress award at the festival in Locarno, where the film also won the Golden Leopard. In the film she sets out, following the death of her partner who suddenly moved to Portugal years ago, to see for herself the place where he last lived in Lisbon. She winds up in a surreal, isolated world, powerfully underlined by Costa's chiaroscuro filmic style, which often illuminates only part of the 4:3 ratio image, fixing the characters in pitch-black emptiness. Everything and everyone is at a standstill; sunlight seems not to exist. Jus 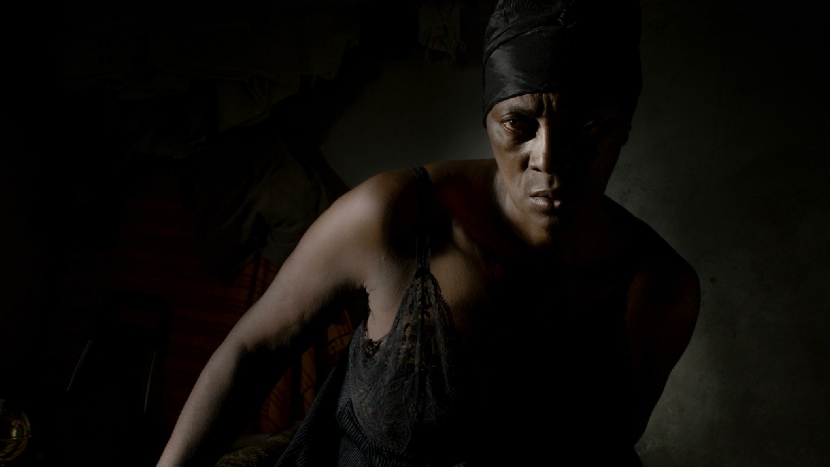 The oracle hit the nail on the head. My Morning Laughter, the first fiction film from Serbian Marko Djordjevic, is about a man who has lived for too long under his parents' wings.

Everything in this tragicomedy looks unpolished. It is shot in narrow spaces using existing lighting, natural sound and a still camera that lets the characters get out of the frame and back, depending on their mood. But, there is hope for Dejan. A female colleague isn't easily put off. 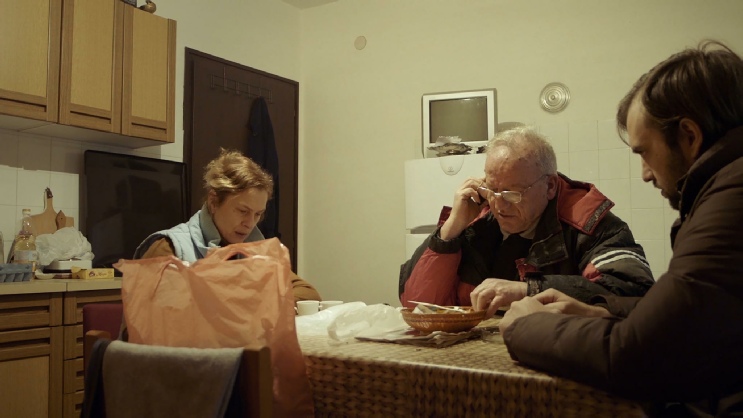 Krabi is a stunning city on the coast of southwestern Thailand. The beaches glisten, there is plenty of shade from luxuriant greenery, street vendors sell authentic local food and the fertility temple is extremely Instagramable. But in just a few years it will all be gone forever, crushed by mass tourism. Not quite yet, however, in the year 2562 in the Buddhist calendar. We see Krabi through the eyes of a woman who introduces herself in different ways and absorbs the local history and 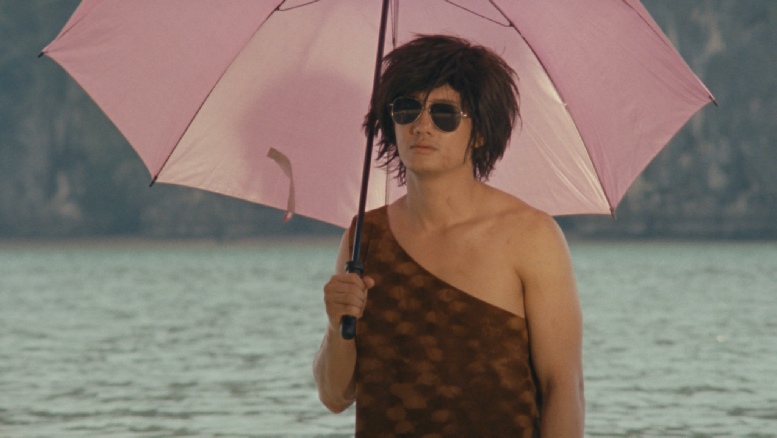 The with good reason existentially titled About Endlessness follows this familiar procedure. Like a Scheherazade, we hear a voice-over telling us what she is seeing: a priest who has lost his faith; a rain-drenched father tying his daughter's shoelaces; a defeated army slogging through the cold. 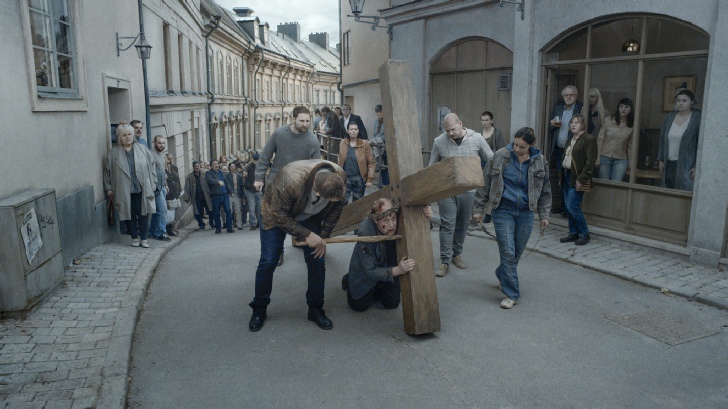 True history of the Kelly Gang, Justin Kurzel, Australia, 5
21.45 Luxor with Jaap
Mad Max meets Jesse James in this fictionalised portrait of legendary outlaw Ned Kelly in 19th-century Australia. After his father’s death, the infamous bandit grows up as the man of the house, and repeatedly clashes with the British authorities. Focusing less on bank robberies and chases, the film concentrates on power relations and the historical elusivity of Ned Kelly the character. Was he an anti-colonial Robin Hood resisting the British oppressor, an anarchist in a dress or simply a violent criminal? These aspects are all examined in the lead performance by George MacKay, constantly on the verge of b 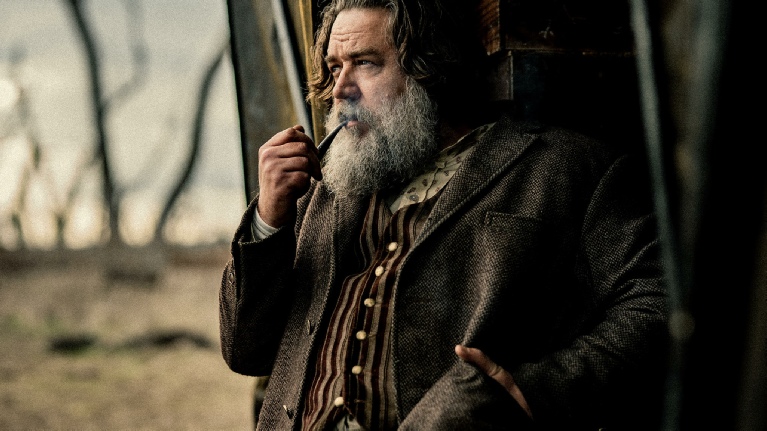 ursting out of his sinewy body.

Antigone is a 16-year-old girl who came to Canada from Algeria as a child with some of her family. While she excels at school, her two brothers have turned to crime. When one ends up in jail and is threatened with deportation, she comes up with a plan to have him released, which gets her into 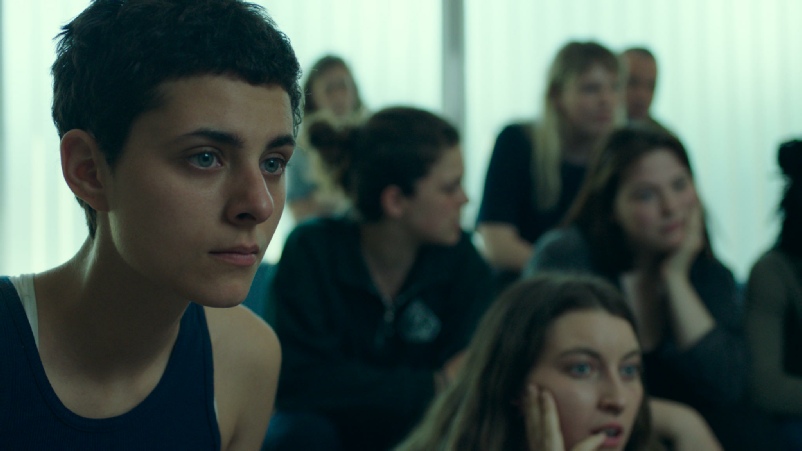 Roque, who is old enough for a midlife crisis, has just wrecked his mother's car. He blames the chaos in Venezuela, but his parents don't share this view, and throw him out of their house. To battle his demons, and the drink, he travels into the southern jungle to renovate a cabin he built there in happier times. He meets old friends, now captivated by the gold rush. His desire for redemption conflates with an increasingly 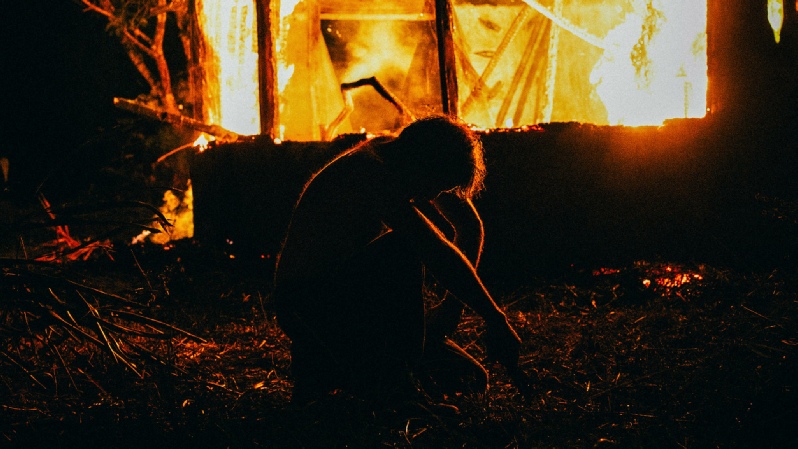 A couple of criminals are waiting for Romanian police officer Cristi (Vlad Ivanov) when he arrives on the Canary island of La Gomera. They teach him Silbo, a whistling language developed on the island centuries ago. As very few people have mastered this language, it is highly suitable for passing on secret information. Cristi, as corruptible as a Romanian policeman can be, is in big trouble. It looks like he has overplayed his hand. Both his superiors in the police force and the gangsters he’s working with smell a rat. Is there anyone left he can trust? Certainly not beautiful Gilda (Catrinel Marlon), a classic femm 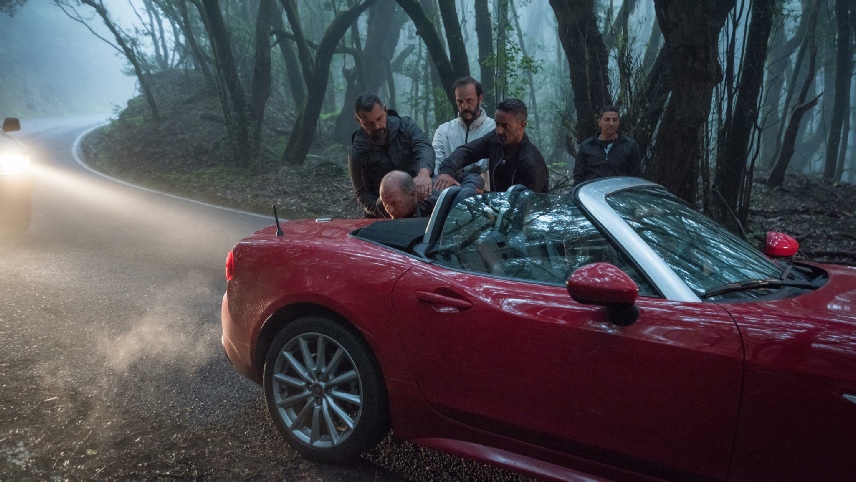 Bipolar German sausage maker Edward relocates to small-town America to open his own culinary sausage restaurant. There he meets Mike, a hustler straight from prison looking for a new goal in life. The two inspire one another to make each other's dreams come true. Everyone loves the sausages except the sheriff. He wants an American hotdog, not a Frankfurter. Tensions rise and confrontation between the two 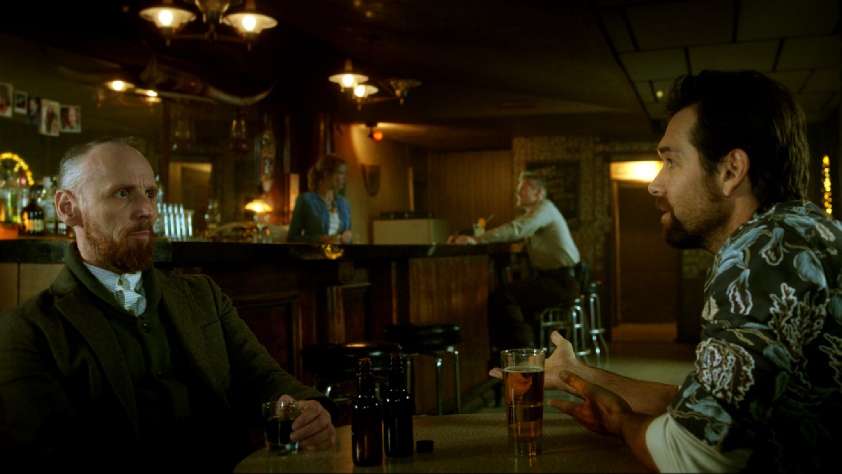 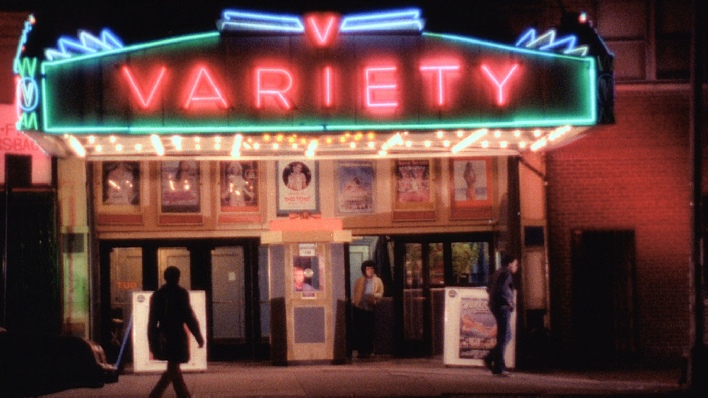 Al Mansour depicts Maryam's political mission as a multi-layered family drama. She lovingly outlines how the new candidate is supported by her sisters and how her father, a musician, worries about her progressive values. On tour with his band in conservative areas, he realises Maryam's mission is about creative openness and freedom 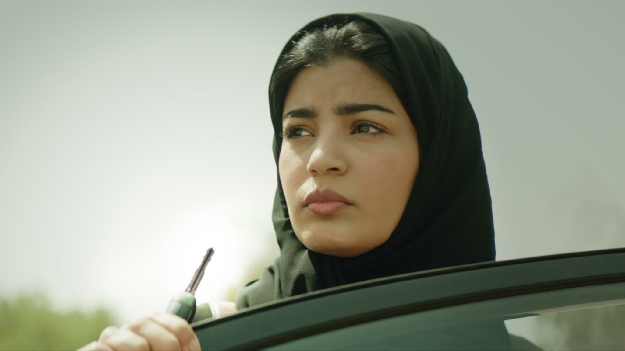 Young adult Guxi lives with her half-brother Guliang in a somewhat depressing fishing village. They have a good life, almost like a couple. She is a maid at a hotel, he fishes. When an oil spill threatens their income, a friend gets him work and he meets the attractive Qingchang. She brings fun, adventure and a hint of luxury to their lives, but also causes unrest. Her father is a mob boss and Guxi has trouble with the budding romance. Things come to a head when a fisherman dies at sea under suspicious circumstances. 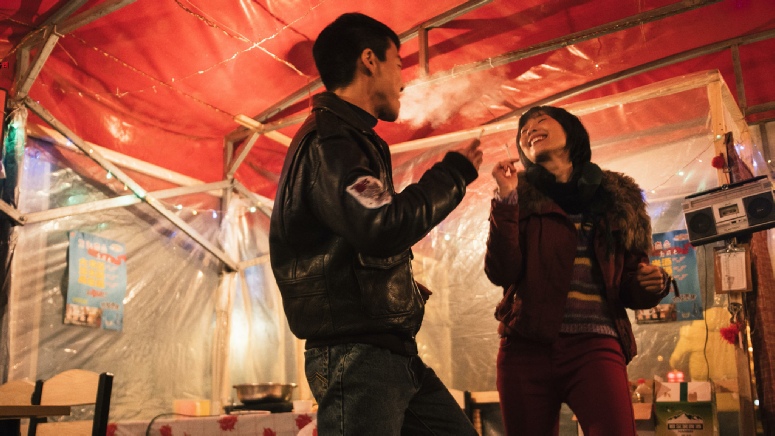 The end will be spectacular, Ersin Celik, Syria, 4

Between 2012 and 2019, the Kurds set up a 'stateless democracy' in Rojava, northern Syria, based on local self-governance, gender equality and a communal economy. The Rojava Film Commune was established in 2015, in the middle of the Syrian civil war, to make films based on that region's reality.

The End Will Be Spectacular is an uncompromising war film about resistance fighters who are attempting in 2015 to break the Turkish siege of Sur, the historic heart of the Turkish-Kurdish city of Diyarbakir. The hundred-day battle claims many victims and Sur is almost entirely destroyed. Some of the survivors play lead roles in this film by Ersin Çelik, a member of the Rojava Film Commune.

The film tells the story of Zilan, a young woman who returns to family and friends in Diyarbakir to honour the memory of her dead brother. She is suddenly caught up in the violent struggle with the police and the army. A story of ideals, struggle, friendship, loss and self-sacrifice, set agains 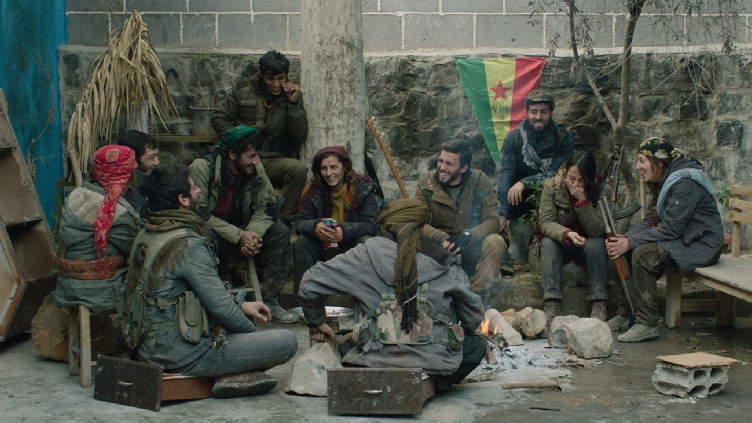 When the three biggest losers at their school are chosen to compete for the Duke of Edinburgh Award, the boys – Dean, Duncan and DJ Beatroot (not his real name really) – have to make their way across the Scottish Highlands accompanied by the nerd Ian. A huge sign about missing children at the start of the trek bodes ill. 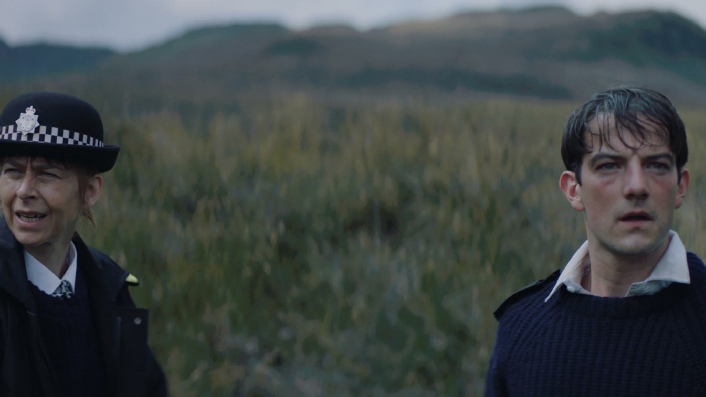