In 2013 I got the opportunity to take a leave and work for over half  a year at the department of ageing and the life course in the World Health Organisation in Geneva.

WHO and other partners in the global health traditionally focussed on addressing infectious diseases in lower income countries. And with success in the last decades. As a result more and more people were living longer in developing and middle income countries, but often with multiple chronic diseases. Elderly care in the form of home care and nursing home was often lacking and WHO was asked by countries to give advice on setting up a system for long-term care.

During these 6 months and together with director John Beard and his staff, I organised a global seminar in April 2013 where stakeholders and experts came together to discuss these issues. The outcome document of the meeting served as input for the WHO world report on ageing and health.

New was that we looked at functional capacity of older people rather than just their diseases.

Documents compiled for this meeting were:

Overview of work by international organisations

During these six months I was living in Geneva. Every week I visited a movie in the small cinema in Eaux Vives. When travelling home for the weekend, I wrote a blog on my experiences that week combined with the film I saw. 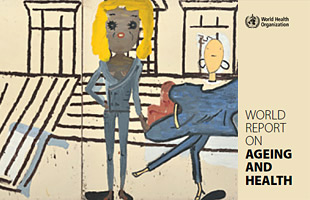